In yoga circles today, the term “Yoga Master” means many things. Maybe a Hatha Yoga Master or someone who has been teaching for a long time. Here at Yoga Center when we say our founder is a Yoga Master, we mean much, much more than that. We mean someone who is recognized by spiritual leaders as having experienced Higher Consciousness and living in that state. Take a look at his credentials: 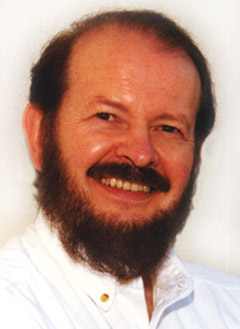 In 1966 Ramakrishna Ananda also experienced a mystical initiation, an expansion of consciousness, which changed him. This experience, called cosmic consciousness, was a major event in his life. It stayed with him for three months. Desperate for a spiritual reawakening, he entered a five-month period of solitude and silence in the Sierra Nevada foothills, outside Nevada City, California. There, during that summer, mystical awareness returned and indwelled Ramakrishna Ananda. As a consequence of this development, Ramakrishna Ananda became a teacher, minister, and director of the Yoga Fellowship ashram in Sacramento, California.

Called to serve in Southern California, Ramakrishna Ananda founded the Yoga Center of California and the Spiritual World Society in Costa Mesa, California where he taught Yoga, Mysticism, Metaphysics, Meditation, and world religions from 1970 through 1995.

Then, in 1976 and 1977, Sri Paramananda Nath and Sri Surath found that Ramakrishna Ananda had become a Master and, in recognition, initiated Ramakrishna Ananda as an Avadhut, which signifies a spiritual Master, literally "one who lives in Spirit." Ramakrishna Ananda has also received a number of other titles and honors, including illuminatus and maharaj, indicating a realized mystic.

He has also written, Keys to Higher Consciousness, an inspiriting book about spiritual awakening.

Improve your health, have more vitality, peace of mind and better sleep in just 3 months!

Download 36 Ways to Take the Mystery out of Meditation and a Preview Video of our Popular Ashtanga class.

Copyright 2019, YogaCenter.org is a subsidiary of
Yoga in Service Corporation